Lessons of St. Louis and Ferguson

I had only traveled to St. Louis once before this past weekend. What brought me to this gateway city this time was my role as president of the Community of the Cross of Nails in North America -- part of a worldwide network of individuals and churches inspired by the Coventry Cathedral (England) message of forgiveness and commitment to the ministry of reconciliation.

Members of the board met in St. Louis the weekend of Nov. 13-15, 2015 to encourage the ongoing ministry of Christ Church Cathedral and its dean the Very Rev. Mike Kinman. The Cathedral has been a place of welcome and support to those involved in the peaceful protests after the civil unrest in nearby Ferguson, Missouri that followed the shooting death of Mike Brown by a police officer in the summer of 2014.  In addition, when black churches began to be targeted by arson in and around Ferguson, the Cathedral led an effort to raise $700,000 from 300 Christian, Jewish and Muslim congregations around the country to help the burned churches rebuild.
Board members traveled to Ferguson to learn about the Black Lives Matter movement.  What many of us know and think about this movement that began as #BlackLivesMatter on Twitter reflects in many ways our own background, age, color and politics.  What I wanted to learn was why the often expressed rejoinder to “Black Lives Matter,” namely “All Lives Matter,” stuck such a cord of disconnect with many activists.  What seemed clearer to me was that yes, all lives do matter, but the pain and oppression that is being expressed in the Black Lives Matter movement is a unique cry of a broken society. In our inner cities, especially when black boys and men come into contact with the authorities and come out on the losing end of the encounter, it can and does seem to them that their lives mean next to nothing. 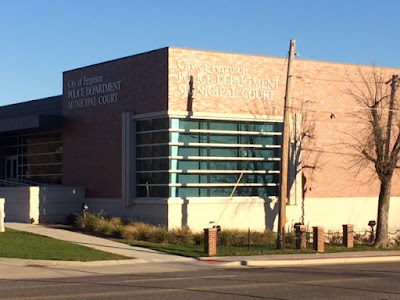 We visited and stood outside the well funded and fortified Ferguson Police Department -- site of many of the marches and vigils. Like many smaller cities, more and more tax revenue had shifted towards fines and penalties, and subsequent jail time for those unable to pay. This widespread practice has led to growing resentment and a growing divide between the police and the local population.  We also gathered for conversation and a good lunch in a local black-owned business that was one of the few restaurants to remain open throughout the protests and violence of last year.

We went to the street in Ferguson where Mike Brown was shot and later died.  It was a pilgrimage, as we were not to litigate the case or to stand in judgment. We were there to be reminded that his lifeless body was left for four hours to bleed out onto the street before it was finally removed.  To many who watched on that hot summer day, it seemed that his life mattered little.  But it mattered to his family. It mattered to him. His life should have mattered more to all of us.

As we were ready to leave, the dean led us in silent prayer, and seconds after we responded from our Coventry litany “Father Forgive” the silence was interrupted by gunshots fifty yards away.  We could see and hear cars fleeing the scene as some young people ran away by foot. Once we realized it was gunfire and not firecrackers, the group quickly moved behind the apartment building and soon got into our cars a left the area, making sure we drove by the scene to see if there had been injuries or even worse, a wounded bystander. Silence and prayer gave way to the shots of gunfire and violence. Father forgive.

It was a sobering and surreal moment that reminded us that many cannot simply get into cars and leave, as we did, and that that gun violence is all too prevalent in this country and takes the lives of many innocent.  As the dean commented, “the gun industry has sold the idea of fear to the white population and power to the black population.” 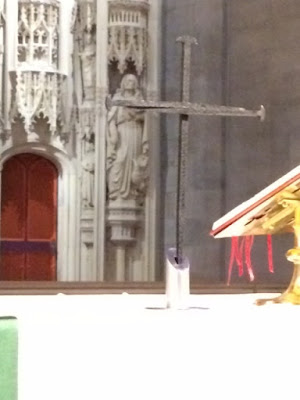 The Rev. Mark B. Pendleton
Rector, Christ Church in Exeter, NH and


President, CCN-NA
Posted by Mark B. Pendleton at 4:45 AM