From Exeter NH to Exeter England 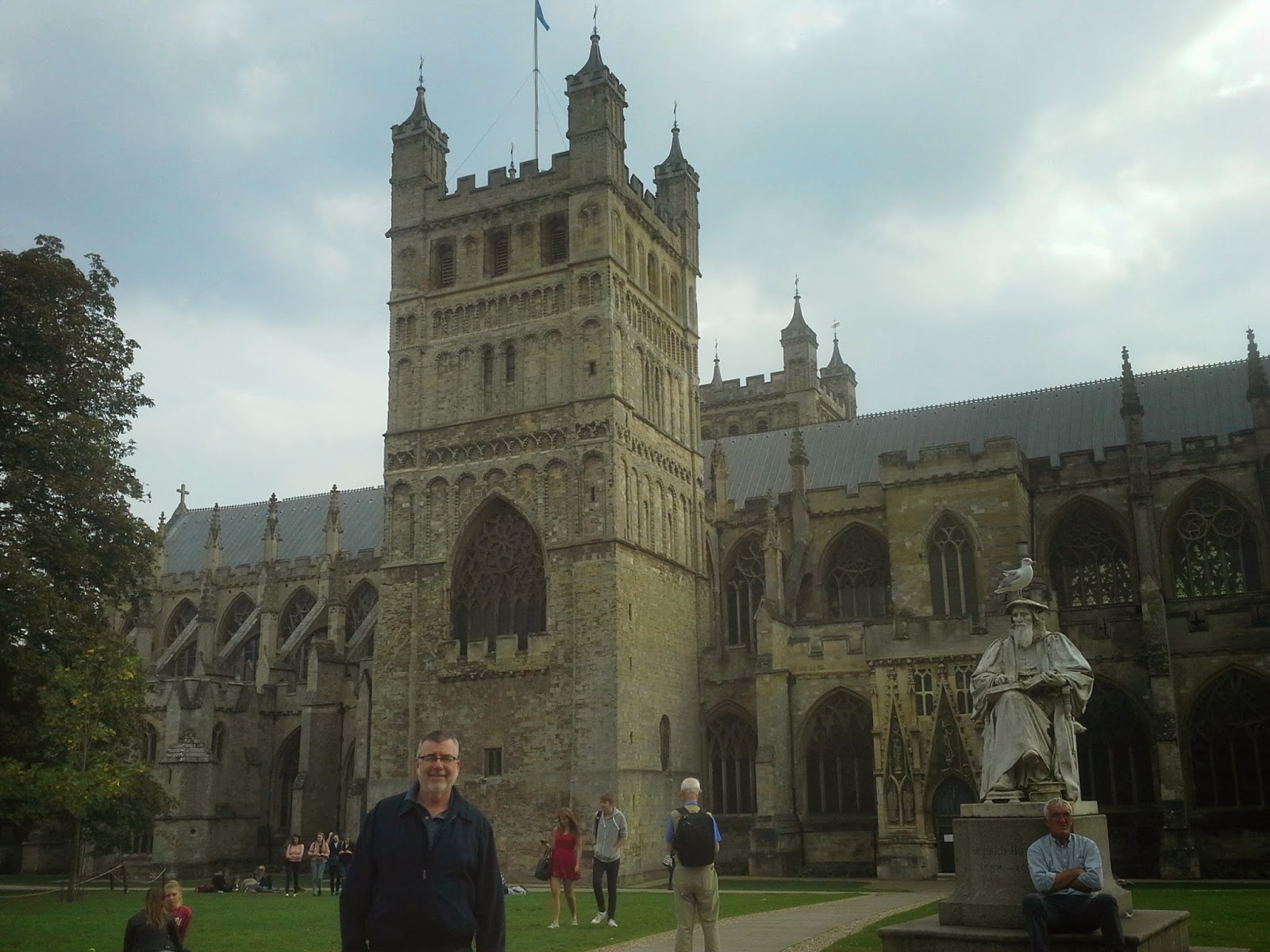 On my way to meetings at Coventry Cathedral last week I made a side visit to Exeter Cathedral in the county of Devon in southwest England. I had made contact with the dean, the Very Rev. Jonathan Draper, some weeks before, mentioning that I was going to be “passing through” and would love to make a connection. As a former dean of a cathedral in Hartford, I had the opportunity to meet many deans in the U.S., Canada and the U.K. and found it a wonderfully collegial group.

I took the train from Salisbury to Exeter on September 23rd.  I spent an afternoon wandering through the Gothic gem of Salisbury Cathedral and viewing their famed copy of the Magna Carta. I arrived in Exeter mid-day on a beautifully warm and sunny day and saw the tower of the cathedral over the buildings from the station.  At first, the impression one has is of a cathedral with a much smaller tower than Salisbury (England’s tallest). The green surrounding the cathedral was awash with people out having lunch in local restaurants and spread out all around the open space.  Dean Draper, who was born in Boston and moved to England four decades ago, met me and gave me a tour of the cathedral. Work on the building began in the year 1112 (yes, you got that right) and was later expanded in Norman times from 1257 to 1369. I had the joy of attending evensong, and then meeting with some of the staff at the local pub afterwards.  One of the vergers had actually visited our Exeter and expressed his admiration for our part of the world.

Cathedral churches in England are a source of much of the growth and energy within this established church going through many of the changes and challenges we are in this country. As someone who loves almost all things British (From Downtown Abbey, to the Premier League football to milky tea) I especially love sitting in these ancient buildings and wondering about all the souls who have crossed through their doors, the many prayers that have been offered and the centuries music that has been sung. There is a sense of timelessness in a world of constant change.

Yet, these cathedrals are also living communities.

I am curious to know if Exeter, NH has ever had ties with our mother city. God willing, wouldn’t a pilgrimage someday to the Exeter in Devon be a journey worth taking? 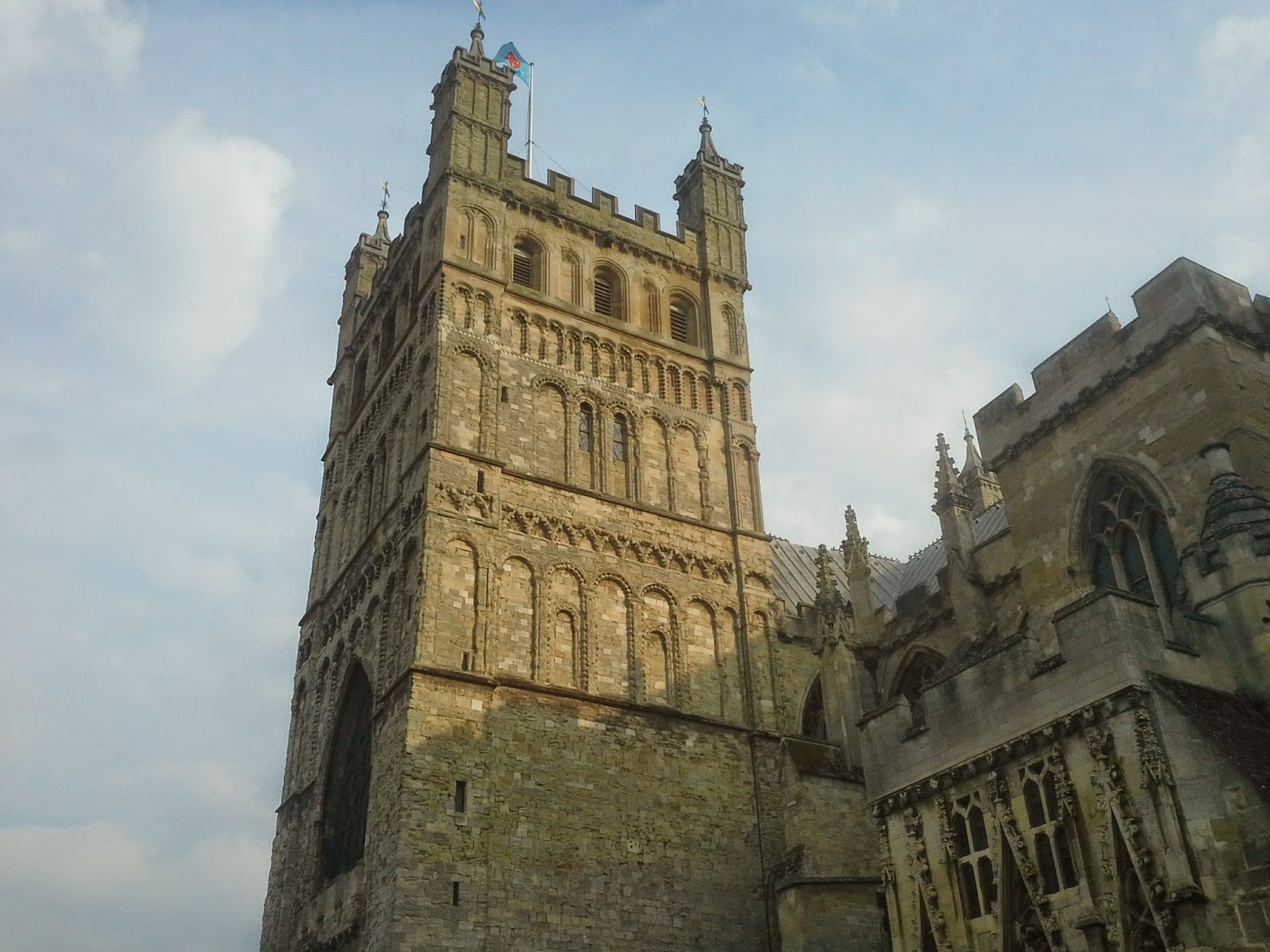 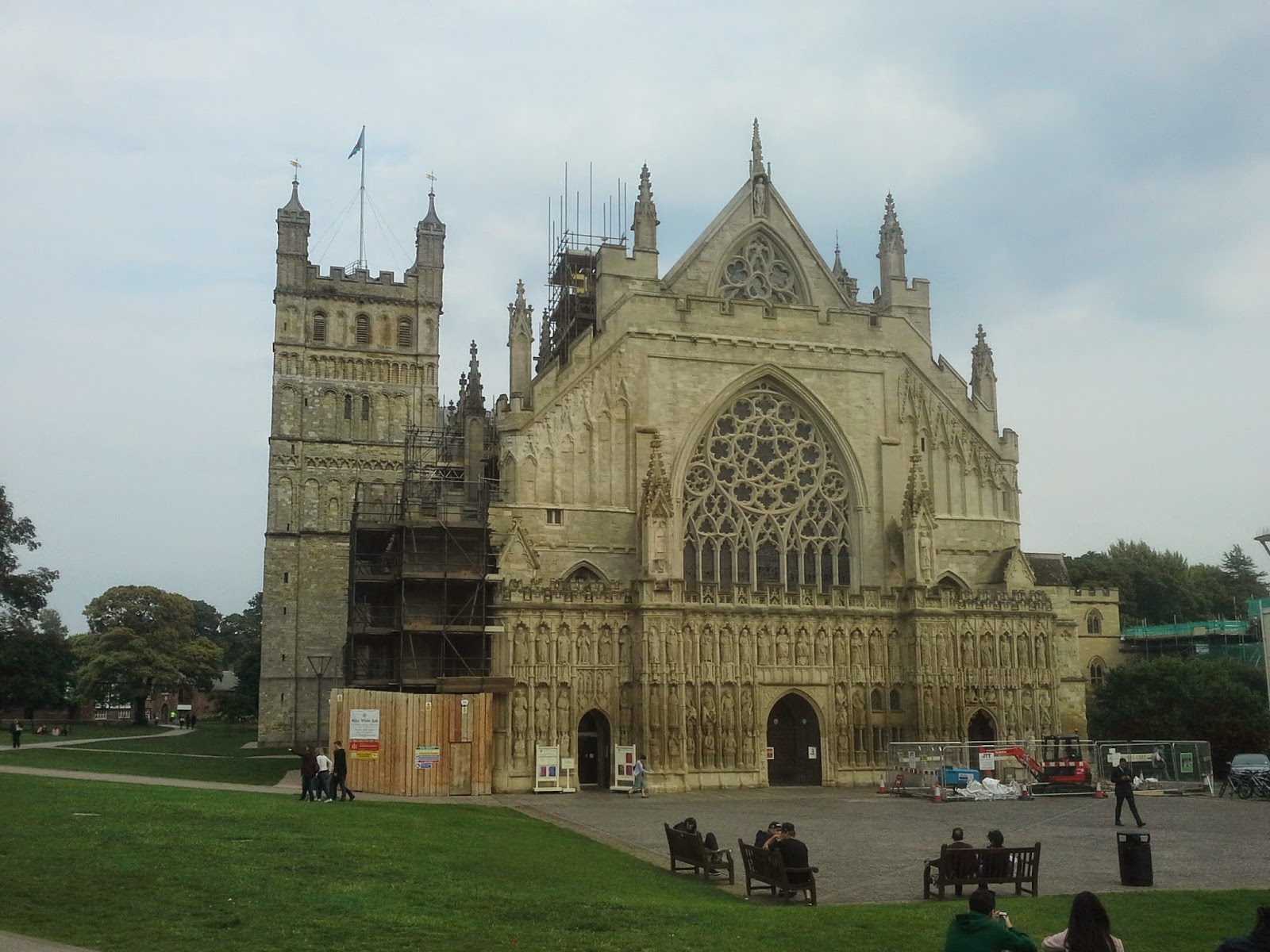 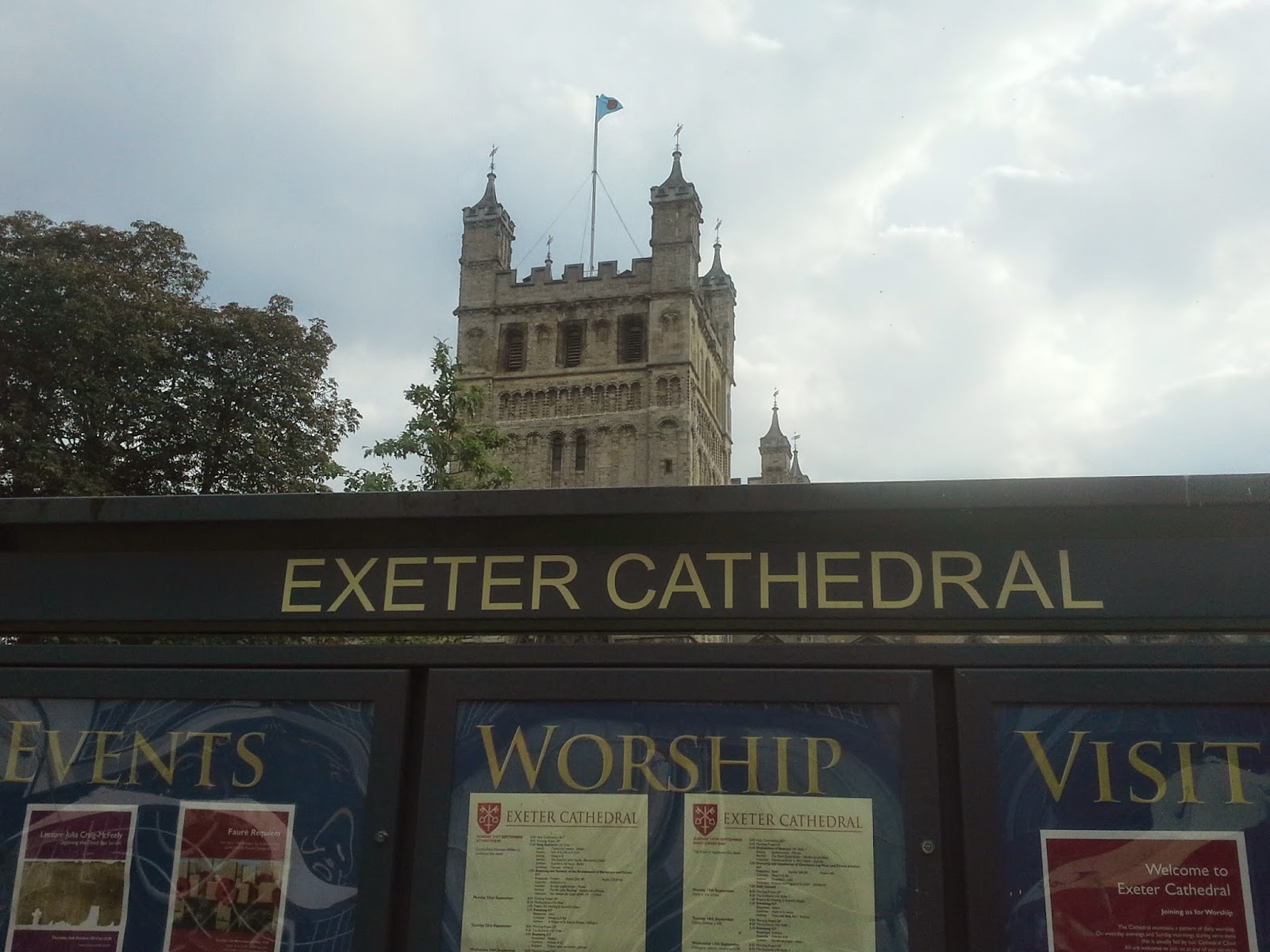 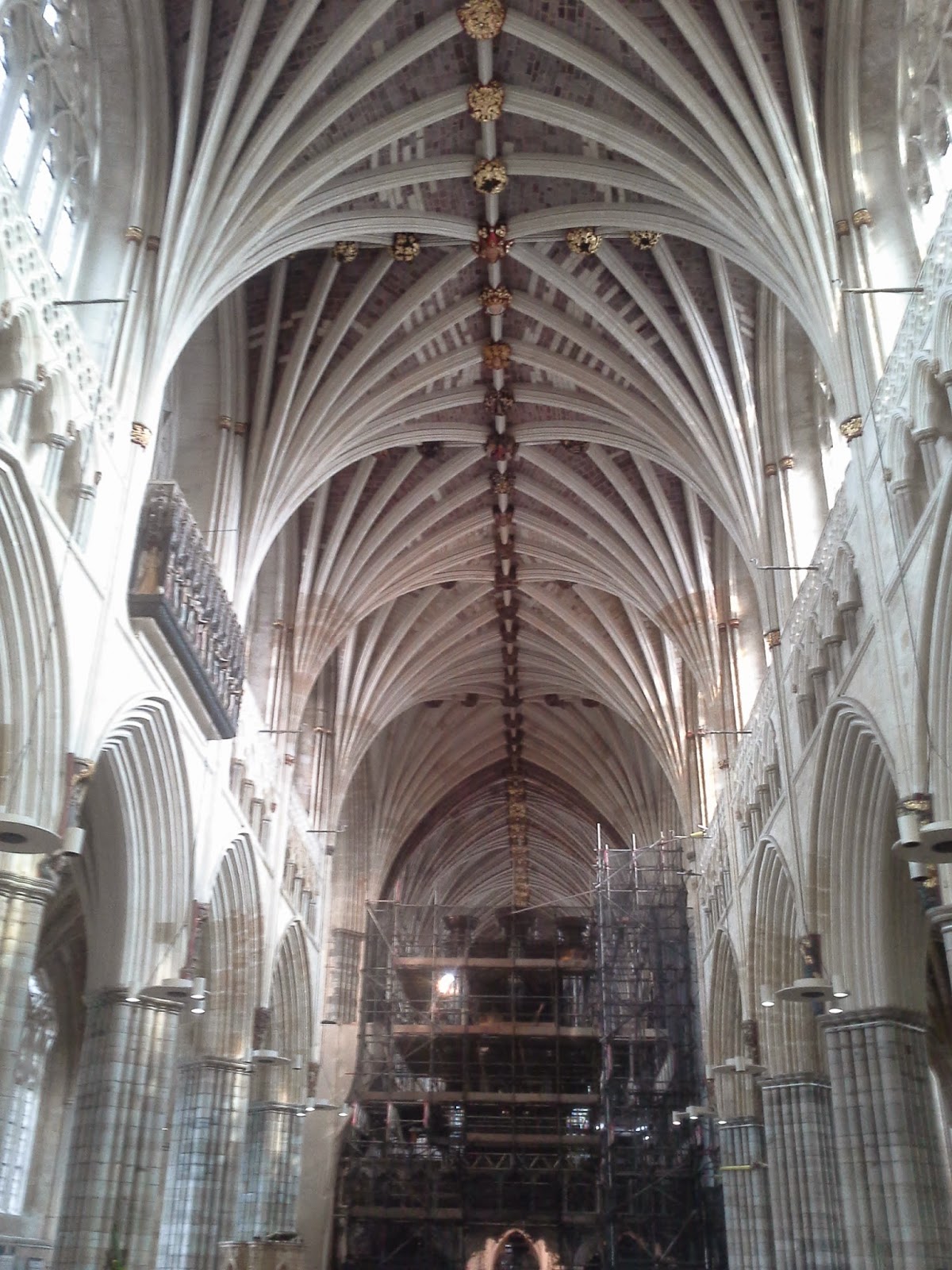